We started building raised beds about seven years ago, and although there are a few drawbacks, we've never regretted it. After the initial time, energy and possible expense it takes to build them, raised beds are easy to prepare for planting and to care for. Along with being attractive, they drain well (sometimes too well), make the soil much easier to amend after they are established, and warm up earlier in the spring for cool season vegetables like cabbages and onions. Raised beds suffer little soil erosion and are wonderful for those who have limited garden space. You only need one or two feet between beds (unless you want to fit a wheelbarrow between them, like we do, in which case you will need to measure the width), and four to eight inches high depending on your preference and convenience. My favorite material for beds is mountain stone, but the other materials we have used in the past are locust posts and 2" x 6" untreated lumber. Remember that prior to 2003, manufacturers were pressure treating lumber with chromated copper arsenate (CCA), a chemical wood preservative containing chromium, copper and arsenic used to protect wood from rotting due to insects and microbial agents, and you don't want this possibly leaching into your garden soil. Make sure to ask about whether or not your lumber has been treated before you buy. I would rather replace an occasional rotting board (all of my boards are still fine after seven years) than take that kind of risk. I highly recommend having your own garden soil tested not only for dangerous chemicals but for finding out your soil pH, as well. This is an invaluable service that can eventually improve your garden 10-fold. You can request a soil test container and form from your local extension office. I don't know about other states but in Alabama, Auburn University only charges $7 for this service. If you would like to familiarize yourself, the Soil Testing .pdf document from Auburn University is HERE. Raised beds can cost as much or as little as you like, but they do take time and labor to build. They make it very difficult to use large mechanical equipment like tillers, and are not very space-efficient for sprawling veggie's like squashes, cucumbers, pumpkins and watermelons. Spacing beds or plants too close together may prevent proper air circulation and encourage the spread of diseases. I'd have to say, though, that our biggest problem with raised beds is too-rapid drainage. It causes the plants to need extra watering in the hotter parts of the year, causing drought stress on many of the plants if we aren't vigilant. We have well water so it doesn't cost us anything extra but we do share a well with my in-laws and it's not a bottomless well. Supplemental irrigation is essential when gardening in raised beds, but we have to be very careful to conserve as much as possible, making the whole situation a very delicate balance. Adding lots of organic matter to the soil/heavy mulching helps tremedously by helping to retain soil moisture.

The easiest (and cheapest!) way to garden in raised beds is by treating your entire garden area with fertilizer, lime, and organic matter (This is when knowing your soil pH would really help! Treat to correct your pH, if necessary ... 6.2 - 6.8 is best), and then simply rake or plow your freshly worked up soil into temporary ridges, creating a path or walkway in between mounds. Make sure you are able to reach at least halfway across each bed so you'll be able to plant/weed/etc. without having to stretch or walk across them. To avoid soil compaction, you should never walk over a raised garden bed. Flatten off the top, and you're ready to plant! It's not very different from regular, or "conventional" gardening, but it does make working the soil and drainage much more effecient. To build permanent raised beds, mark off each area where you want a bed to be placed with stakes and twine (you can also use paint, but I try to keep as many chemicals out of my garden as possible), or eyeball it if you're confident. Using a shovel and some good old fashioned back power, dig up the entire area, turning and loosening the soil as you go. Try to avoid digging when the soil is too damp, as this will cause big ole honkin' dirt clods to form that will cause you immeasurable grief later on. Trust me on this. Work your fertilizer and/or lime (if needed) and other organic material/compost as deeply as possible into the soil. When I say "as deeply as possible" I don't mean dig to China, but rather at least eight to twelve inches down, or at least until you're feeling like you're going to pass out. I love to use a Mantis tiller for this but my hubby is a first class Shoveller of Soil. A spading fork also works well. Your choice.

If you're feeling particularly froggy, you can "double dig". I don't even like talking about it, so HERE'S a very informative article about it to get you started! :D

Edge your beds with whatever you like: lumber, rocks/stone, posts, cinderblocks, railroad ties, etc., and feel free to use soil from the "aisles", shredded leaves, compost, sand, top soil, or any other suitable material to fill your raised bed to the desired height. Now, for maximum efficiency, space plants equally distant from each other, rather than in the typical rows. Ideally, plants should "just" touch when fully mature so that they create a nice 'canopy' over the soil between them. If you do plan to place sprawling vegetables in your raised beds, make sure they are supported so that they can grow up rather than all over the dang place. I've never tried corn in a raised bed but I've read that it's a bad idea because it needs better anchorage.

**Keep those raised beds fertilized and watered!
**Pull up the weeds when they're little. Big weeds are big trouble!
**Rotate plants of the same families into different locations every other year. For example, tomatoes (including husk tomatoes like tomatillos), peppers, eggplant, and Irish potatoes are all memebers of the Solanaceae (or "Nightshade" .. don't you just love that word?) family and shouldn't be planted in the same place every year. Growing the same crop in the same place year after year tends to deplete the soil of nutrients (different plants require different levels of nutrients) and allows disease-causing organisms and nasty little nematodes to accumulated in the soil over time, reaching levels that cause infections in your plants or just flat out kill them. Come to think of it, I should probably blog about crop rotation later.

Anyway, if you decide to build yourself some raised beds, I think you'll be very glad you did. And don't let space restrictions stop you. If you only have three square feet of space then build a little bed to fit it! I suggest a raised kitchen herb bed, at the very least ;)

I love the raised bed with the stone! That is so rustic and nice. Looks like you have a great deal of land, it's very beautiful. Thanks for all the tips, at dinner tonight I was telling my husband I wanted to have raised beds next season. :)

Thank you! I do hope you try the beds. Once the initial work of getting them built them is done, they're awesome. Let me know if I can help when you decide! :D 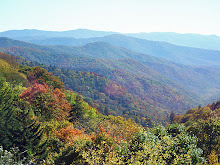